skip to main | skip to sidebar

So, I found out this week that a woman I used to work with in New York passed away suddenly last week. As some of you know, I worked for over 5 years at 4Kids Productions in NYC as an audio engineer and editor. 4Kids produced a ton of kids cartoons, mainly imports from other countries that they then dubbed and reedited for US audiences. 4Kids has a main stable of voice talent that they have been using for many many years, most of which I became very close with when I was working there. One of these actors was Maddie Blaustein.

When I met Maddie in 2002 I only knew her as Maddie, a woman. But she had not long before been known as Adam living her life as a man. She made the decision to live as a transgendered woman and by the time I met her she had very much become accepted as such around the office. Nonetheless, she continued doing the mainly male voices she had been working on already for years. She had no qualms about this, and was totally comfortable with who she was, who she had become, and the life she was living. She never shied away from talking about her gender, or her somewhat alternative lifestyle. She took everything in stride and never took anything too seriously. And she was hilarious, a total character. I'm not saying she wasn't difficult to work with at times. She WAS an actor, and actors are never easy. But she was friendly and kind and open.

She was probably most well known as the voice of Meowth on the Pokemon series, that 4Kids produced for the US for 9 years. But over the years I recorded her doing what felt like a million voices. And she was incredible. Honestly one of the best voice talents I've had the privilege of working with.

Maddie was always tremendously friendly to me. I think maybe I responded to her a little differently than the other, male engineers. Maybe I was more comfortable around her. But no matter why, she always came in asking me how I was, wanting to hear about my day, even asking for advice on projects she wanted to do. We bonded over our pets - she loved animals dearly and had a parrot and cat that she adored and spoke of often. I can't say that we ever became that close, we never hung out outside of work or work functions, but I am honored to have known her and to have been able to call her a friend.

So now with that all said and done, I am reminded of the unpredictability of life. Yes, I am going to get deep here, but for God's sake it's the holidays. I hate that it takes someone dying every couple of years for me to remember that every day and every moment is important. Maddie died in her sleep. Days before, she had been at recording sessions at 4Kids. If I had been there recording her I never would have thought to tell her that I thought she was incredibly talented, or that she made me happy when she made me laugh, or that I was in awe of her ability to live exactly as she wanted despite others' disapproval, or that I thought it was great that she had no qualms about using the ladies room at work. But then she walks out the door and now no one gets to tell her those things if they haven't already. Yes, perhaps she knew these things, I hope she did. But really, how much more effort does it take to tell your friend you love them before they walk away? I have lost a number of amazing people in my life, some suddenly, and I feel lucky that we didn't have words unsaid between us when they passed. But time goes by and I think about telling a friend how important they are to me and then put it off. Or I go visit my parents and leave without telling them how amazing they are that they managed to raise two unbelievably difficult children, and keep us from ending up serial killers.

I think if anyone has made it this far through my diatribe, you understand what I'm trying to say. Life is short. Tell someone what they mean to you today. Right now. 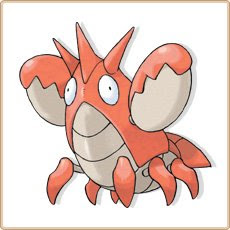 Posted by sgoldish at 3:36 PM No comments: 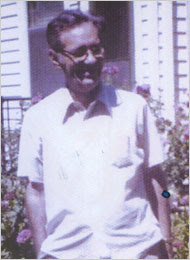 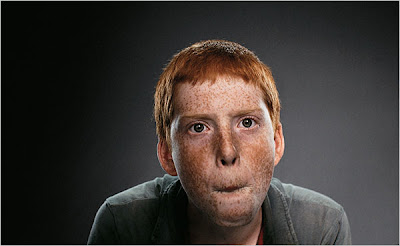 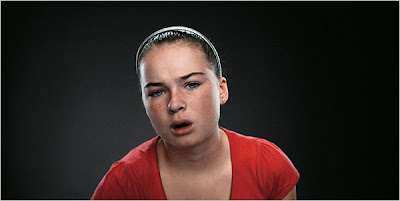 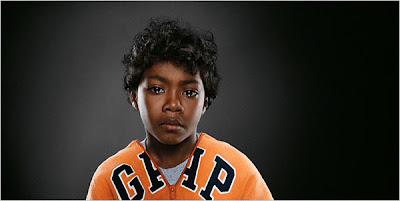 Posted by sgoldish at 6:27 PM No comments: 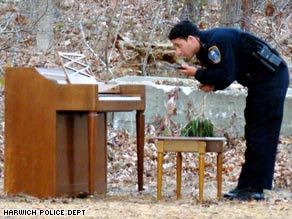 Posted by sgoldish at 2:35 PM No comments:

I moved to LA back in March and was very excited for a number of reasons:

4. Leave those evil ex-boyfriends to rot in the sweltering summer heat of NYC

Yes, it's true! California has great cheap health insurance. All types. Great doctors. Tons of facilities. Low deductibles. Yippee yahoo!! So once I was here, I started shopping around. Blue Cross. Blue Shield. Pacificare. Kaiser Permanente. Who was gonna be the lucky company to get to insure little old me. I even got a broker to help me over the phone, to talk me through the plans, help me understand them. So finally I chose one. Very exciting! One of the higher end plans at a measly cost of $200/month (or something like that). After paying $600/month in NYC for the past two years I was flying high just at the thought of switching plans. Oh the money I would save! I could buy a motorbike!

So the broker sent me the application, and I immediately got under way filling it out. But wait... what is this?... list your pre-existing conditions? But I've never had a break in my insurance so that doesn't matter, right? NOOOOO SUUUZYYYY!!! YYOOUUURR WRROOONNGGG!!! (said the Ghost of Health Insurance Future). In the wonderful state of California, pre-existing conditions come into play when applying for individual health insurance, EVEN if you've never had a break in insurance. Oh crap. Well, I decided to plow ahead. But I'll tell you, if there's one thing that's going to make you feel the worst about yourself in the span of 15 minutes, it's filling out a list of your health history. I have Crohn's disease, but I've been healthy for 3.5 years. (Don't ask, just look it up for god's sake). I also have been in therapy before. And I take a few pills here and there. Nothing fancy. But as the application went on, it became clear that I was bad news in the health insurance world. So I called my friendly broker. "Um..." "Yeah you're gonna be denied." "But..." "Not much that you can do." "Why..." "There's the MRMIP." "The what?" "Yeah it sucks. Keep your New York insurance."

What what WHAT!?? But California!! My love!! My new wonderful home!!! What have you done to me??!! It was not to be. California's phenomenal low-cost health insurance is such because they don't insure sick people. Fact. Well aren't all you healthy people so fucking lucky! Huzzah! And this MRMIP crap. It exists so California can say, "Oh, but we have insurance programs for everyone! No one will be denied insurance here in our wonderful state!" MRMIP costs around $400/month and won't pay out more than $75,000/year. I stayed in a hospital in 2004 for four days and it cost $40,000. Dear MRMIP, I'll be sure not to get hit by a bus. Love, Suzy.

So I've kept my New York health insurance, which lucky for me happens to be Oxford, which happens to be under the insurance umbrella of United Health Care, an LA company. So yay! I pay $650/month (yes, the cost went up last month. woohoo!!), pay $60/month for meds, pay $40 whenever I see my doctors (which is every few months for this lovely Crohn's thing), and every now and then owe money for tests that Oxford won't fully cover. Oh, and by the way, I'M UNEMPLOYED.

The other day I decided to tackle this problem again, because I don't think Oxford will start taking Monopoly money. I remembered that NYC had a Freelancer's Union through which one could get insurance. Well, lookee here! California has one too! And they have insurance benefits! So I call the insurance rep at Pacificare and ask if they will consider pre-existing conditions if I'm applying through Freelancer's Union. He tells me they might but I should try and if they reject me I'll get my money back. He was actually a very nice guy and hooked me up with a plan that cost only $138/month. Aaahhh, but pennies. BUT IT WAS NOT TO BE. I was... DENIED! Sigh... Oh but wait, Pacificare has a plan called HIPAA for people who have been denied coverage due to pre-existing conditions, but who have not had a break in their insurance. Ooh!! That's me!! Oh, but it costs $400-$600/month depending on the plan. Sigh again...

So I might do the HIPAA thing, but for now I'm sticking with my cushy $650/month plan. Dear Mr. Obama, Thank you for winning. Now please hurry up and make health care affordable. Love, Suzy. 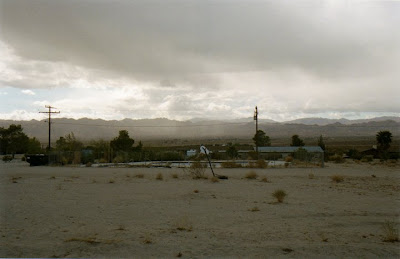 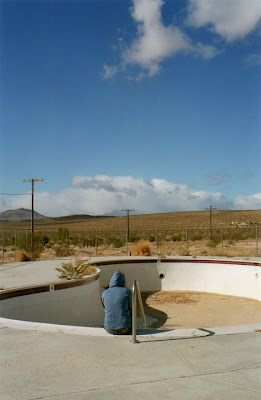 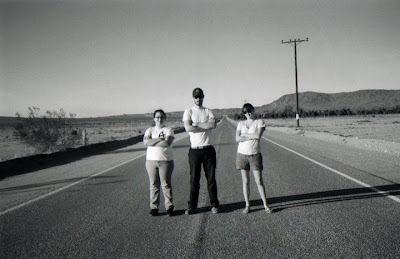 How Do Some Writers Know Just How I Feel?

Thank you Mr. Arons for pointing this article out. :)
Posted by sgoldish at 1:50 PM No comments: 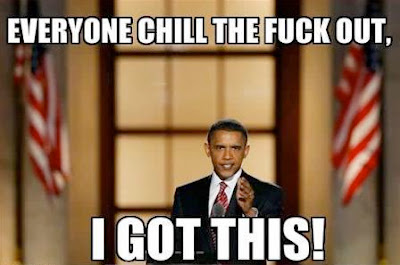 Posted by sgoldish at 6:00 PM No comments:

Links That Are Nice